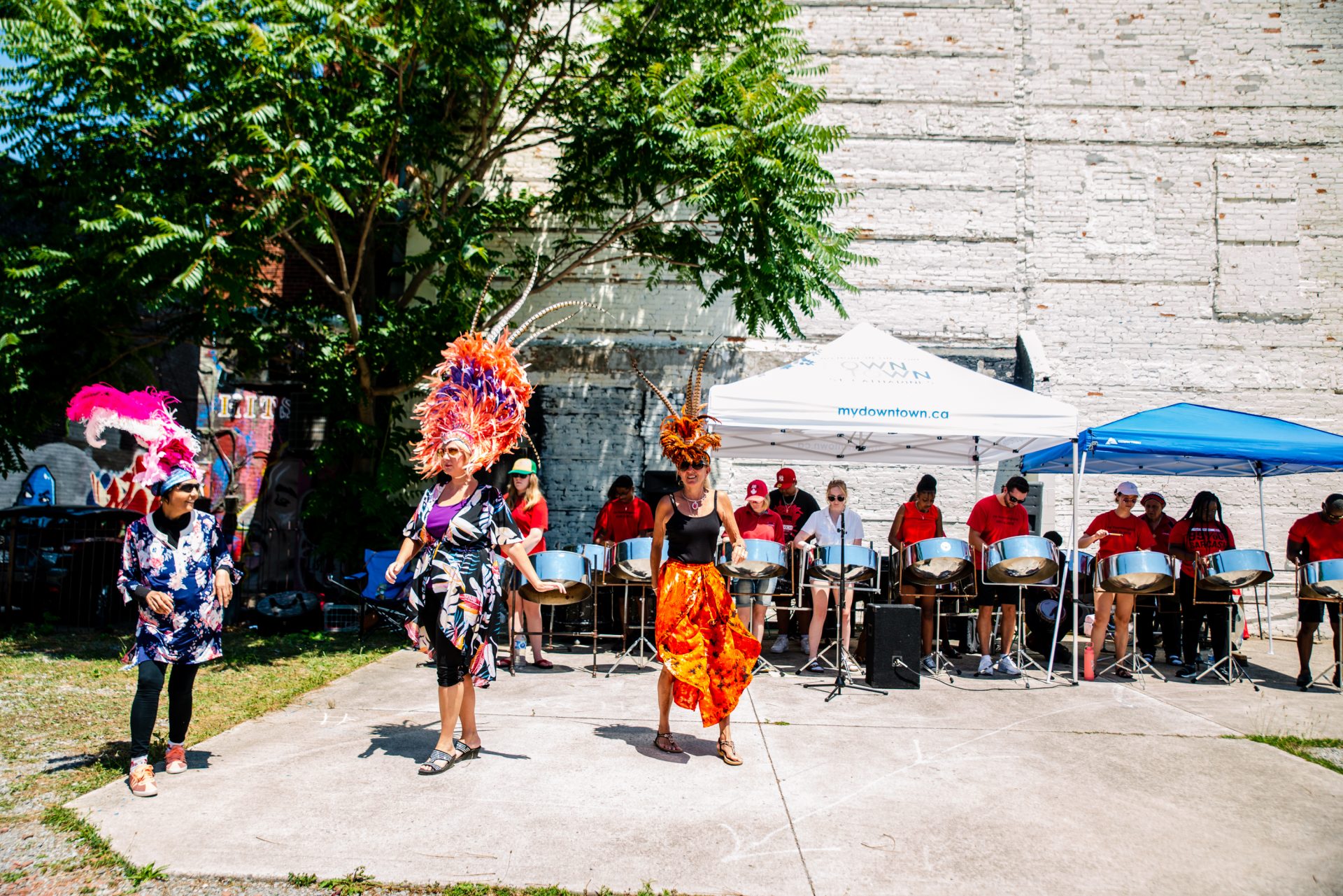 On July 26th 1951, TASPO – the Trinidad All-Steel Pan Percussion Orchestra – first performed at the Festival of Britain, bringing the steel pan and Caribbean music to the world on a larger scale than ever before.

Though the steel pan as we recognize it today is a relatively new instrument, it has a long history stemming back to the 1800s. Following emancipation in 1834, African-descended percussive instruments were heavily banned in Trinidad and Tobago as governments feared that they would be used to inspire rebellion in the communities.

With their instruments banned, the people of Trinidad and Tobago improvised by using anything available to them to create music, including bamboo stamping tubes, metal containers, dustbins, graters and scrap metal. These bands and their instruments known as ‘Tamboo Bamboo’ are recognized as the precursor of modern steel bands.

The modern steel pan was created after the realization that oil drums could be heated and shaped to produce distinct pitches and recreate recognizable melodies. Today the instrument is enjoyed around the world, and is recognized for its incredible sound and versatility.

In downtown St. Catharines last weekend, we celebrated the steel pan and enjoyed a performance by Niagara’s own PK Hummingbird Steel Orchestra. Founded by Patrick Nunes and Kay Charles in 1989, the steel band is proud to be able to share their music and culture in St. Catharines which acts as a sister city to Port-of-Spain – the capital of Trinidad and Tobago.

The vibrant soca and calypso music drew crowds downtown last Saturday and could be heard while strolling through the James Street Market. It created a beautiful backdrop for what was a fun and lively weekend downtown.

This website uses cookies to improve your experience while you navigate through the website. Out of these, the cookies that are categorized as necessary are stored on your browser as they are essential for the working of basic functionalities of the website. We also use third-party cookies that help us analyze and understand how you use this website. These cookies will be stored in your browser only with your consent. You also have the option to opt-out of these cookies. But opting out of some of these cookies may affect your browsing experience.
Necessary Always Enabled
Necessary cookies are absolutely essential for the website to function properly. This category only includes cookies that ensures basic functionalities and security features of the website. These cookies do not store any personal information.
Non-necessary
Any cookies that may not be particularly necessary for the website to function and is used specifically to collect user personal data via analytics, ads, other embedded contents are termed as non-necessary cookies. It is mandatory to procure user consent prior to running these cookies on your website.
SAVE & ACCEPT